There are many definitions. From my experience of over 19 years in working with people with a wide range of disturbances and trauma’s I have found that trauma is best considered as a wide spectrum, with disturbances at one end increasing to PTSD at the other.

Personal  Trauma In my practice trauma may be held in the mind and body of what we may consider as highly traumatic to us as a child that has lasting effects in adult life.. For example a child who is penalised or shamed due to a misunderstanding or experiences a shock, may be assumed to be a lighter level of disturbance to a rape or war situation. The former may result in panic attacks or anxiety, while the latter may be experienced as PTSD. In reality the range may have similar disturbance patterns. All involve shock and ‘fight and flight responses’ that result in overwhelm that typically could not be released or resolved at the time of the incident. In such responses if the person could not run or fight, the charge of the shock arousal remains in the neural network and the knowledge that we did not, or could not defend ourselves remains in our mind and often exhibits as low self-esteem and shame in more serious cases, more extreme trauma symptoms. 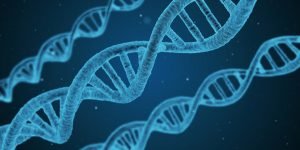 TraumaThis is trauma that is held in the family system and passed through the family tree with DNA to present generations. The extent of trauma and disturbances that are held in the generational DNA environment has been shown to enable DNA to be switched on or off showing that we have much more power over our personal health than we had considered possibly previously.

This has been shown by epigenetic research and studies.