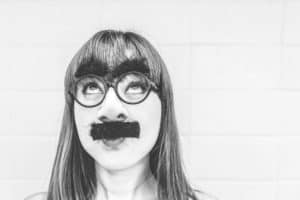 “Shame continues to surround emotional, psychological or relationship problems. There is a fear of revealing vulnerabilities and of being labelled or judged,” said psychotherapist Yildiz Sethi

“While the media is attempting to create a forum for discussion of mental health issues so as to normalise them, the structure of the mental health system and the medical model of treating such symptoms is problematic.”

“Here we have the dichotomy. The public is being encouraged to open up and seek professional help. This inevitably results in more diagnoses, labelling and medication.”

“Unfortunately, the traditional medical model is in direct opposition to the movement for normalising the common stressors of human experience.”

“The problem is the traditional mental health model considers the brain to be a mechanical mechanism; once broken can’t be fixed. This does not take into account current neuroscience, which shows a very different story.”

“This has consequences. While we no longer incarcerate most in mental institutions, diagnoses of mental illness remains a permanent imprint on medical records and can have an effect on future employment.“

“The traditional mental health model maintains the belief that the majority of mental health issues cannot be cured. The only hope offered for most is the management of symptoms and this is in the form of Cognitive Behavioural Therapy and medication, often for life for many.”

“Neuroscience has found that the brain has a plasticity with the capacity to change and be ‘rewired’. This discovery makes recovery and healing in terms of mental health a real possibility for many as explained by psychiatrist Norman Doidge in “The Brain’s way of Healing” (2015).

“Why isn’t this knowledge being taken into the traditional mental model and our universities?”

“There is a wealth of modern effective psychotherapies available that are excluded from research funding. Psychological research typically focuses on Cognitive Behavioural Therapy (CBT) alone and does not include other newer methodologies. There is no level playing field.”

“The public and the media see the mental health system as the only legitimate answer to emotional and psychological suffering.“

“It is time for counsellors and psychotherapist to take their place as a viable alternative to the medical model.”

“The suffering in mental health is intolerable and set to grow unless radical changes take place. These include dismantling the vested interests of the pharmaceutical industry, alliances, exclusions and blind spots blocking innovation and growth in the mental health profession.”

“Registered counsellors, psychotherapists and hypnotherapists need to be given their place as providing viable pathway to recovery. They offer viable pathways to recovery through genuine human connection and a wide range of engaging creative and therapeutic skills. Often drug free.”

These ideas are presented in Rapid Core Healing Pathways to growth and emotional healing (2016) Yildiz Sethi. Yildiz has created two psychotherapies Rapid Core Healing (RCH) and Emotional Mind Integration (EMI) for effective recovery and healing for most in only a few sessions. Details