Looking at the bigger picture so you can see the whole. 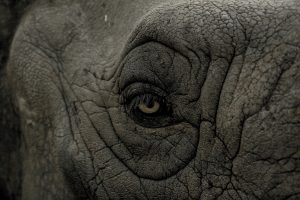 Many of us become narrower as we go deeper into any subject area and perhaps lose sight of the bigger picture that would keep us balanced and on track. I believe this is a metaphor for life. This is an ancient story that originates in India taken from “Stardust on the Spiritual Path” Details

This is an ancient story that originates in India.

The Elephant and the Blind Men

The moral of the story is that each one of us sees things exclusive within or from one point of view. If we try to understand other people’s points of view, we might gain a wider perspective.

Look at the splendour of the bigger picture In dealing with problems and issues, we often in counselling, psychotherapy or coaching focus on the symptoms. Try to change them, put in strategies to avoid them or push our way through them. This is frustrating and often ineffective and extremely time consuming. Since I have been doing Family Constellations I no longer approach problems this way as I find it so much more useful to look at the elephant rather than the trunk or the tail that appears to be doing the wrong thing. In looking at the big picture I can see the connection of the tail to the whole, the symptom or problem to the family pattern. From here it is such an easier process to assist the person to resolve this in a respectful way both to the individual and to the whole that allows dignity and autonomy too. This provides a deep, experiential and solution focused approach where the client finds their best place. Engages the ancestral memory, body senses (visual, audio, kinaesthetic), releases emotions, changes perspectives and repairs poor attachment bonds, all in one process. And most of all it is quick and is very much in keeping with the latest findings in neuroscience that says ‘what fires together wires together’ to form new neural pathways and epigenetic. that shows that if we can change the environment (stress, emotions, trauma) DNA may be switched on or off for better outcomes.

I am holding a Systemic Family Constellation training in Melbourne on 12-20 September 2019. This is suitable for new practitioners and also mental health practitioners, coaches and those involved in personal development and education.

If anyone wants to join us for this Family Constellations training,  you may receive 10% off the current price until 26 August 2019, if you let me know you have seen the Elephant article and book in NOW. Details.

I have a new person growth and transformation package here

On a more personal level, for a more a in depth look at the mysteries of your life, Life path, Life Purpose, Empowerment see my  personal development packages, sessions and couples help,