Come out of your box into the unknown Yildiz Sethi 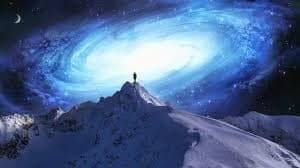 The professions of helping and healing have a fundamental problem. The problem is we have ended up in our individual professional boxes and this is styming creativity and innovation that could potentially help more people.

Upon entering a profession, we agree to a field of knowledge. It decides our textbooks, it builds our library and designates our peers. Through this profession, we receive our identity and bonds; not only with the knowledge, but also with the philosophies and people concerned. So much so, we become bound by loyalty and can experience guilt and worst, exclusion, if we look across to other professional fields.

Whilst I appreciate all I have received from each of the fields and professions I’ve entered, the restrictions are problematic. The loyalty to a set of knowledge and beliefs creates a limiting box for my work. I find true freedom of thought is too rare in these boxes. And while I give myself permission these days to think and act freely, it can lead to isolation and alienation.

People like me put ourselves on the line in pushing the boundaries of possibilities. Yes it’s risky. My own journey has increasingly been working outside conventions as I allow myself to be guided by curiosity, imagination and my own evidence. Following questions of “What if?” or “Why not?” in finding out what works. I constantly work outside the box and even merge boxes.

In considering freedom of thought it’s worthwhile understanding the history of knowledge (and the control of it) whilst taking inspiration from the great thinkers.

We have seen the dangers and ludicrousness of controlling knowledge in the past. In the medieval period, for example, knowledge was deemed dangerous and strictly controlled by religious institutions, which ruled with an iron fist (and worse). Scientific thinking was the devil’s work and blasphemous. The enlightenment period (the age of reason) set the scene for change and met the church head-on. We can be thankful for the achievements of this era.

Since then, rational, scientific thinking has taken hold and become the stronghold of Modernism. But is it also a stranglehold? We have grown new controls and ignorance. Anything that doesn’t fit within this model is ignored or vilified.

It appears physical science has become a fundamental religion in itself. I believe it has gone too far and the pendulum will swing back.

In this new millennium a new position is required. While pre and post enlightenment attitudes served a purpose of engendering faith or rational, I propose it is time for a new movement to arise; one of open inquiry.

Let’s admit it. There is a lot we don’t know.

While the medieval period restricted freedom of thought and enquiry, the post-modern period of science devalues imagination, emotion and spirituality. This has resulted in the backlash we currently see. A revolution of alternative thinking is emerging to allow the essence of human desires, creative thought, human spirit and spiritual expression. From this we have a plethora of knowledge and beliefs that continue to evolve in filling the gaps left by logical, conventional thought.

If we want to advance and evolve as humans, we must pay attention to more of the intelligences we are born with. The brain has two lobes, a right and left. Broadly speaking each is responsible for specific qualities. The right for symbolism, emotion, creativity, intuition and spirituality while the left for logic, reason and memory. However it has been scientifically proven that mathematical logic is significantly improved by listening to classical music. Imagination, creativity and enjoyment support the function of logic. This is supported by the latest studies in neuroscience confirming the value of both brain lobes for full human functioning.

I often hear the remark that a certain therapy has not been scientifically proven or lacks evidence based research. Remember, Albert Einstein created his theories of relativity far in advance of the very science that verified his thinking; the latest branches of physics.

The 1930’s psychiatrist Milton Erickson created hypnosis techniques to cure his patients, rather than follow the accepted treatments of his time.

These leaders dared to be different. They followed their intuition and chose not to be restricted by their environment when their thinking was far in advance of the logic and knowledge of the time.

Progress is always driven by those who think outside the box.

Great people dare to use their whole mind; value imagination, intuition, logic and rational. Such wholeness enables the fearless curiosity required to experiment with knowledge and create new logic; knowing there is so much we don’t know. There is a lot to explore.

I was born into mixed cultures and religions in working class England at a time of expansion. Social class, education and opportunities were opening up. Perhaps this is why I felt the injustice of being restricted rather than supported by my family in pursuing education and career. Family I love, but who were conditioned by their own experiences and insecurities. I was forced to leave school when I longed to pursue further education.

Difficult as that was, I now appreciate the value of this on my inner growth. This helped me to hone my determination and resilience in creating my own path. It has given me the ability to face-off adversity, disapproval and opposition. Think outside the box.

While I did eventually pursue education and a career of my choice, this has been a bumpy ride with many twists and turns and leaps into the unknown. I realised I wanted to help myself and others make changes on a deeper level

My first box was one of science and then I entered a series of others such as teacher, metaphysics, psychotherapy, hypnotherapy and family constellations, innovator and author. At each step of the way I broke perceived boundaries and frequently moved into areas of knowledge for which there was little scientific evidence or support. As a consequence, I frequently use methodologies that science or logic don’t support. Yet the methodologies work and my clients flourish.

Are you allowing others to condition and caution your reality? Is it time to get out of your box? Continue to embrace logic, science and medicine, but do not ignore creativity, emotions and the unknown.

If you find something effective even though you don’t yet know why, do it anyway, especially if does no harm and enables more health and wellness. Scientific verification, if it is ever found, may not arrive for generations to come.

Imagine a world where we dare to go beyond logic. Remain grounded, sceptical and diligent, but open our hearts to curiosity, magic and mystery. Most of all, we no longer exclude and vilify what we don’t know.

Yildiz is the founder of two psychotherapies, a clinical hypnotherapist, Family Constellations facilitator and educator/trainer and author of three books. Her latest book Rapid Core Healing Pathways to growth and emotional healing (2016). Yildiz lives and runs a private practice in Brisbane, Australia, travelling nationally and globally to train clinicians and run workshops for the general public.

These ideas are presented in her book Rapid Core Healing for Growth and Emotional Healing (2016) Details http://www.rapidcorehealingbook.com