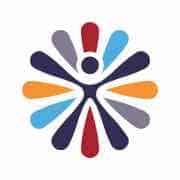 I’ll share a recent example just so that you can gain some insight as to how I am working now. My sessions are 60-90 minutes in duration.

A man came with a range of issues. Frustration in his marriage especially around intimacy, issues with his boss and general self esteem issues. In asking a few questions I got  a very brief family history. He was a middle child of five. His parents were quite distracted in their own way as they worked a farm. His father was often brusque and unavailable and quite critical, his mother was very distant but practical. They each went to boarding school and then out into the world in the city.

There are obviously family of origin issues here so I started with a Family Constellation private session where he was able to put his place in the family from his inner experience. In the constellation, no one was looking at him and his parents were both looking away. His father had a similar experience to himself in that his parents (grandparents) were also too busy and his father (great grandfather) had been in the war. His father was emotionally cut off and deeply sad at his lack of connection with his family.

His mother lost her mother at the age of ten through an illness. Her father remarried quickly to a woman who resented having to look after the former wife’s children. Being poorly treated and feeling unwanted and still grieving the loss of her mother that she was not allowed to speak of, she left as soon as she could and was also deeply sad and withdrawn. Both the mother and father of the man had their own deep wounds.

The constellation unfolded through expression of words and emotions and movement and the family were eventually able to look at each other. The man was able to see and feel the love there.

As there was time left in the session I decided to do an Emotional Mind Integration (EMI) on his personal issue of intimacy with his wife, (his presenting issue). I asked him to sit down and close his eyes and induced a light trance and invited the part of him that was struggling with intimacy in his marriage to come forward and used EMI body sensing methods to regress him back to the core of that issue in his life. This went to an earlier time in his life with his first girlfriend where he was ridiculed and shamed. I applied the EMI process to resolve it in his mind’s eye and invited the bodysense to forward to the present situation. His Mind/Body/unconscious mind took him to his financial and work situation. This was dominated by humiliation and shame as he hadn’t been able to defend himself from unjust accusations. The process proceeded in him being able to state his case and complete unfinished business with those concerned and was completed with an integration process.

The man left the session feeling much lighter and relieved. I saw him twice more to assist him in a deeper resolution of his presenting issues.  In resolving further family of origin issues with Family Constellations and completing with Emotional Mind Integration to provide a deep experiential, solution focused, holistic approach to work with his issues from systemic and personal perspective. Family Constellations and EMI together are Rapid Core Healing

The sessions have helped him find his own Healing pathways to retrieving his dignity and self-worth. This took place through him being able to repair fundamental family relational bonds and find a better place in his family system, as well as dealing with unfinished business from his early sexual life and his present worklife as well as situations in his marriage.An issue is normally complex and is made up of several smaller issues. Through the three sessions he developed a voice to stand up for himself and has since been offered a better position in his firm and his sex life is better than ever.

I have found that disturbances may have their root in the family system or in personal situations, disturbances or choices and often both. So both strands of an issue need to be worked on, so a method that works with both strands is highly effective. I found Family Constellations such a gift to work with but found going back to regular counselling frustrating and clunky for non systemic issues. This is why I developed EMI to work with personal conflicts disturbances and trauma in a neuro-trance-psychotherapy. This is a brief hypnotherapy modality that is a perfect fit for anyone who practices Family Constellations as it comes from a similar philosophy plus the latest in neuroscience as well. Each session clears a neural pathway at a time so that many issues only require 3 sessions for permanent positive change.

Join my Newsletter for New Perspectives
in Mental Health, Growth and New
Solutions in practitioner training.